The purpose of the Wall of Honor is to provide a lasting monument to residents of the Carmichael Recreation and Park District who gave their lives for their Country or Community. Currently, we have 15 heroes listed on the wall. Every year on the first Saturday in November we honor each person who had given their life.

If you have someone you would like to be considered for the Wall of Honor please complete the Application and Guidelines which is due by July 31.

Bruce Verhoeven was born on March 31, 1941 in Chicago, Illinois.   He was well-liked by his peers, wonderful personality, and loved to joke and smile.  During the evening of December 4, 1973, Corporal Verhoeven was working as part of the crime suppression detail when it was learned that an armed robbery had just occurred at a retail store on the corner of Fulton Avenue and Alta Arden.  He located the suspect and ordered him to throw down his weapon and surrender.  The suspect suddenly opened fire and Corporal Verhoeven fell to the ground mortally wounded.  Corporal Verhoeven left a grieving widow and two small children.  The loss of this fine young officer during the holiday season touched the Sacramento community.  Forever remembered by his family, friends, and this community.

Robert was born in 1965 and was a 21 year veteran for the Sacramento County Sheriff’s Department. He loved his job and helping the community. In August of 2017, he was killed in the line of duty backing up his partners that were under fire. Robert would’ve had it no other way. Forever remembered by his family, friends, and this community.

Danny was born in 1967 and was a 15-year veteran of the Sacramento County Sheriff’s Department, assigned to the North Patrol Division’s Problem-Oriented Policing team. In 2014, he was killed in the line of duty while he and his partner were investigating a suspicious occupied vehicle.  Forever remembered by his family, friends, and this community.

Lieutenant J.G. David A. Warne
Born December 19, 1962, in Kittery, Main, David moved around the country with his military family including his two brothers and two sisters. His family finally settled in Fair Oaks in June 1977.  A 1980 Graduate of Del Campo High School David ran track and excelled in school.

He received his graduate degree in Mechanical Engineering from California State University, Sacramento in 1985. David briefly worked as an engineer at Aerojet before entering active duty in the Naval Aviation Officer Candidate School and was commissioned an Ensign. He entered flight training and earned his wings of Gold on June 9, 1989. After completing pilot training he was assigned as an FA-18 pilot. He was a gifted aviator, a natural leader and an expert in tactics.

Lt. Warne was perhaps the first Sacramento casualty related to Operation Desert Shield. He was lost at sea while flying a night mission off the aircraft carrier “America” in the Mediterranean Sea. His body was never recovered; however, a marker was placed for him in Arlington National Cemetery.

You brightened the sky and the earth below, the dance was short, but oh what a show!
Our heads turned up, as we watched your flight, a leap of glory, a blaze of light.
It arched through the darkness and lighted the night, a swift and wonderful dazzling flight.
It ended somewhere between earth and the sky, and left us to wonder – how high could you fly?
We tried to hold you, firm in our sight, but you left us somewhere out there that night.
You’ve flown much higher, upward toward God, somewhere, out there, where you’ve never trod.
May you find a new place, for love and delight, and we’ll wait again for you, that star in the night.

Forever remembered by his family, friends, and this community.

Capt. Olin E. Gilbert Jr.
Was born July 11, 1942, Olin is from a family with a strong military history. Olin's father Colonel Gilbert born on the 4th of July and a long-time resident of Carmichael nominated his son for this honor. Capt. Gilbert was given the Silver Star for heroism when “with complete disregard for his personal safety, he repeatedly attacked Mig 17 fighters while leading his flight in the successful completion of his mission.” However, the true nature of his heroism is found in his death.  On June 11, 1968, shortly after returning from Vietnam, Capt. Gilbert was in a training mission at Tyndall AFB Florida, when his f-106 reportedly encountered mechanical difficulties, as had another f-106 on that flight which had returned to base.

While descending to land, and apparently faced with unknown mechanical problems, rather than ejecting to safety over a highly-populated area of Port St. Joe, Florida, Capt. Gilbert piloted his plane out to sea and away from the popular coastline of homes just prior to impact.  Forever remembered by his family, friends, and this community.

Army Specialist James Edward Schlottman
Born in 1947. Jim attended Our Lady of Assumption School and El Camino High School. In high school, Jim earned the nickname of “fuzzy” because of his short fuzzy hair. He had 3 brothers and 3 sisters. Jim was lucky enough to grow up in Carmichael at a time when the families had many children. He was an outgoing member of a group of neighborhood boys with a reputation for having fun. On August 22, 1967, Specialist James Schlottman was killed by a booby trap while on patrol. He was first reported missing, but his body was recovered about a week later from the Central Viet Nam area.  Forever remembered by his family, friends, and this community.

Sgt. Brian E. Dunlap
Born January 5, 1971, in Ford Madison Iowa, and lived in Boston and Holland before his family moved to Carmichael. He attended Del Campo High School and was a member of the ROTC program. In 1995 Brian joined the marines and was discharged in 2002 at which time he became a firefighter for the California Department of Forestry and fire protection. He was a member of the Emerald Society, a traditional Irish honor guard organization for firefighters. Brian re-enlisted in the Marine reserves in June 2004. His fellow soldiers called him “ratchet Jaw,” because of his love of discussion and debate. Brian never met a stranger.

Sgt. Dunlap was killed on September 24, 2005, when a roadside bomb exploded while he was on patrol north of Baghdad.  Forever remembered by his family, friends, and this community.

Sergeant Larry Howard Morford
Born April 28, 1948, Larry was the oldest of 4 children, he had 2 brothers and a sister. He graduated from La Sierra High School and attended American River College. Larry had always wanted to be a writer and was a natural performer who participated in the Camellia Ballet in his youth.

Sgt Morford was a soldier in the unit I commanded in Vietnam. Larry did not believe in war as the way to resolve conflicts or that we should have been in Vietnam. I once asked him why, if he felt this way, had he volunteered for Vietnam and combat duty. He responded, “sir, the job you and I are doing is the job of a beast and the least beastly of us should be doing it.” That was Larry’s sermon and he backed it up by volunteering for dangerous missions. He explained that he could not have stayed at home while other young men were fighting for his country. Sgt. Morford was killed leading a patrol on February 12, 1970, a few days before he was to return home.  Forever remembered by his family, friends, and this community.

Army Sgt. Ronald L. Coffelt
Is the Inspiration for the Wall of Honor at Patriots Park. Ronald was born in 1970 and graduated from Del Campo High School. On July 19, 2007, Army Sergeant Ronald L. Coffelt died of wounds suffered when a bomb exploded in Baghdad.  Forever remembered by his family, friends, and this community.

Firefighter Dean Wesley Rhoades
Born on April 3, 1943. In 1961 Dean graduated from El Camino high school. He joined the fire department in 1971. January 6, 1981, after a couple of hours of strenuous firefighting, Dean Wesley Rhoads felt ill and was rushed to the hospital where he died.  Forever remembered by his family, friends, and this community.

Spc Raymond Nigel Spencer Jr.
Born November 9, 1983. Ray grew up in Carmichael and prior to enlisting in the army, he attended the fire science program at American River College and was a volunteer firefighter for the Meadow Vista Fire Department. Spc Raymond Nigel Spencer Jr. was killed on June 21, 2007, in Baghdad as a result of wounds suffered from enemy contact after his ground combat patrol was attacked with an explosive device and small-arms fire.  Forever remembered by his family, friends, and this community.

Deputy Sheriff Kevin Patrick Blount – Born on December 7, 1975.
Deputy Sheriff Joseph Michael Kievernagel – Born on April 23, 1969.
Officers Kevin Blount and Joseph Kievernagel worked as partners in the North Division serving Carmichael. July 13, 2005, after responding to a burglary call, the engine of the helicopter they were flying failed and the helicopter crashed.  Forever remembered by his family, friends, and this community.

CHP Officer Ronald Eugene Davis
Born August 8, 1934. After graduating from the California Highway Patrol academy Ron moved his family from Carmichael to Barstow where he had been assigned as a “traffic Officer” by the CHP. August 18, 1962, Officer Davis was en-route to a traffic accident at 100 miles per hour when two motorists failed to heed his siren. Officer Davis drove off the highway into the desert to avoid hitting them.  Forever remembered by his family, friends, and this community. 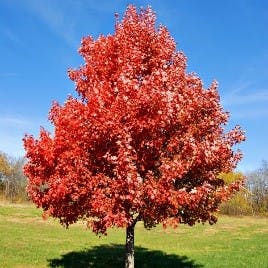 The purpose of the program is to offer an opportunity to celebrate or memorialize a loved one...